Can you trust Facebook’s suggestions in Ad Manager?

Can you trust the little tool-tips that Facebook gives you whenever you adjust placement settings in Ads Manager?

You may be shocked by the answer to this question.

After a TON of testing, I've made my conclusion about these tips. 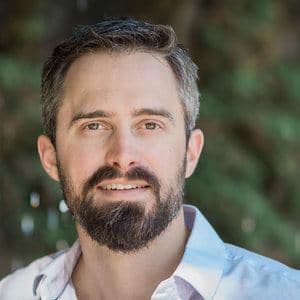 Because who wants to run ads where they aren't profitable, or miss out on a placement that would be profitable? Not I, not you.

If you're new to Ads Manager, you're probably pleasantly surprised that Facebook makes little popup pro-tips in there. Each one gives you a little nudge, saying it's to improve performance.

Likewise, when you remove a placement, they say

"Removing the marketplace placement will likely get you fewer results."

"Let me add that back, I don't want to miss out on results."

I've got news for you. Facebook made that tip because you were decreasing their profit margin. Not because they thought you were going to miss out on results.

Facebook is a  business. They're a publicly traded company with countless investors, big and small.

Their number one focus is to make a profit for those investors.

They don't much care whether you make a profit. And you can't expect them to care. C'est la vie - such is life.

To make that profit, they sell ads. They sell them to advertisers who can place them in the feed, in stories, in messenger, on instagram, and about a dozen other "placements".

They can only display so many ads in each placement at a given time, for a given user. That's because their second goal, is to keep people on Facebook as long as possible.

When someone says "spend more here, not there", you have to ask two questions:

What's in it for them?

What's in it for me?

About two years ago, they began to reach a point where the feed was saturated. The ratio of ads to user posts was as high as it could be.

They were losing people, so they had to dial it back. They also began campaigns to get advertisers to spread out the ads, to reduce the burden on the feed.

Now more than ever, Facebook has to distribute ads as widely as possible, given the limited space in each placement.

That's what's in it for them. If you allow them to spread your ad budget across alllll the placements, they have more room for other ads. They have room to make more money.

But what about your money?

As an advertiser, you have to look out for yourself.

As an advertiser for clients, I also have to look out for them. I'm always tweaking and testing to squeeze a few more dollars out of the ads I run for other companies.

No two accounts are the same, so what works for one client might not work as well for another. More on why, another time.

For this discussion, just know it means I run small tests on placements, with each new client, regardless.

What I've learned about Facebook ad placement in the process

There is rarely a time when anything outperforms the Facebook feed. The biggest exception seems to be with younger audiences, where instagram feed and instagram "stories" can shine.

Some of the other placements do work for retargeting people who've nearly purchased. It's just a reminder, so it works in a lot more places.

They see your ad in the right-hand column and are reminded of the abandoned cart email you sent, for example. They go back to that email and complete their purchase.

But fb retargeting is only a fraction of each ad budget.

The majority of the budget gets spent in the first touch, to cold audiences. Then it goes to the second, third touch to people who've shown interest but not taken action.

So should we try to make those first touches outside the feed? I encourage you to test it, like I have done repeatedly.

Outside of retargeting, what fb ad placements drive conversions?

At best, these other placements drive minimal conversion when used at the top of your Facebook ad funnel.

Facebook In-stream video can work really well, but only if your ad video is addictively awesome and well-targeted.

On average, most of these don't drive any conversions at all. You can piss away tens of thousands of dollars on them without making back a dime of it.

Don't just blindly go with what Facebook(or any platform) says. Ever. 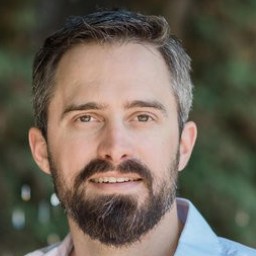 How to Learn Facebook Ads (Without Pulling Your Hair Out)