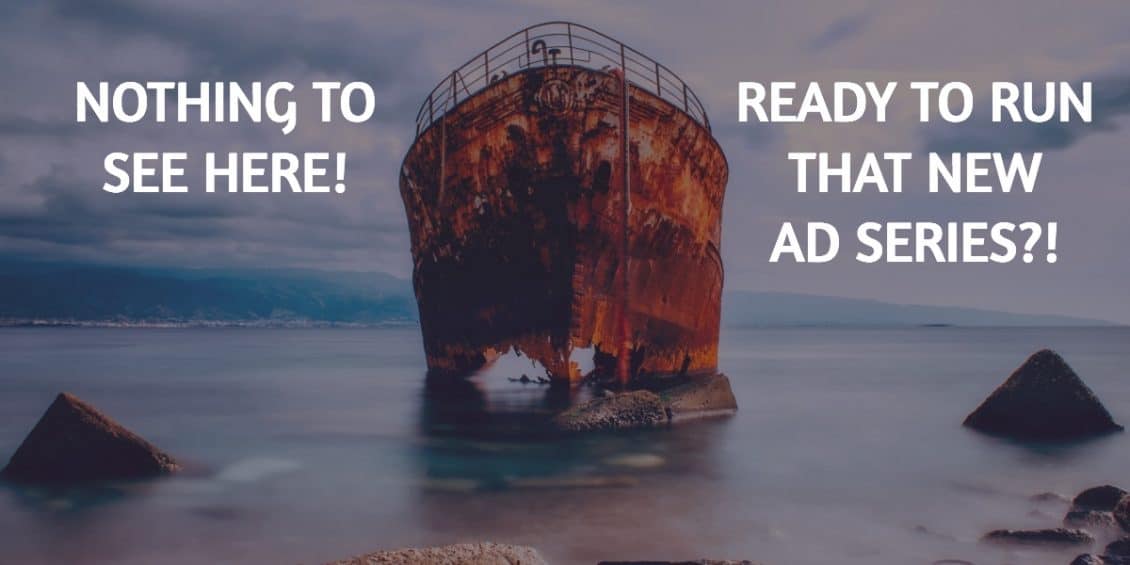 You're having a great day. Your feet are up on the desk, a big smile on your face. You were just able to double sales with a new advertising campaign(!!!). Lean back, fold your hands behind your head. Queue music... Money money money moooonaaay!

Now, picture thousands of those dollars flying out your 20th story window. Would you sit there smiling as they fluttered down to the street below? Of course not. Would you let that happen? No.

You should shut that window. But let's go deeper than that with another analogy.

The More People On Board, For Longer, The More Money You Make.

It’s expensive to get people on the boat. Luckily, it’s relatively cheap to keep them there once they have boarded the ship. Keeping them with you has benefits for everyone.

Keeping customers on board lets them keep enjoying the experience, drinking and eating to their hearts’ content. It also lets you keep their money - nobody likes giving refunds, and nobody likes asking for them, so it’s a win-win.

Retaining them doesn’t only help you maintain, though. It makes you even more money (hello, bar tabs and slot machines). Every day they spend with you offers a chance to give value in exchange for their hard-earned dollars.

Do things right, and they’ll come back again and again, spending more money each time.

Yet, so many cruise ships (businesses) make people regret coming on board. They have decks without railings, where people can fall off into the ocean. The kitchens serve food that gives people salmonella poisoning. The beds are lumpy. The welcoming committee spits on the guests. Of course, these are metaphors for all types of bad customer experiences. Maybe you haven’t been on a cruise ship like that. But you’ve probably been the victim of similar treatment as a customer of at least one company.

I can't make this stuff up... stay tuned for some examples.

I See Terrible Customer Experiences. From Companies Who Would Kill For New Customers.

The following customer service issues sound outrageous, and they are. But, I’ve been hired by companies with problems just as bad or worse. And they say they're desperate for new customers! I don’t keep working for companies like that for very long. Why would I? Why would anyone want to bring you more customers so you can shit on them like you do with your current ones?

Nah, I’m good. The reasons I won’t do it are the same reasons you shouldn’t want me to.

And, since this is your business, in your own market, you have so many more reasons than I do. Most of those have to do with you continuing to exist as a profitable company.

Get your shit together. Make customers happy they bought from you. Once your customers are smiling ear-to-ear for knowing you, feel free to do some advertising.

Then, someone like me can feel good about getting more people into your happy little community of customers.